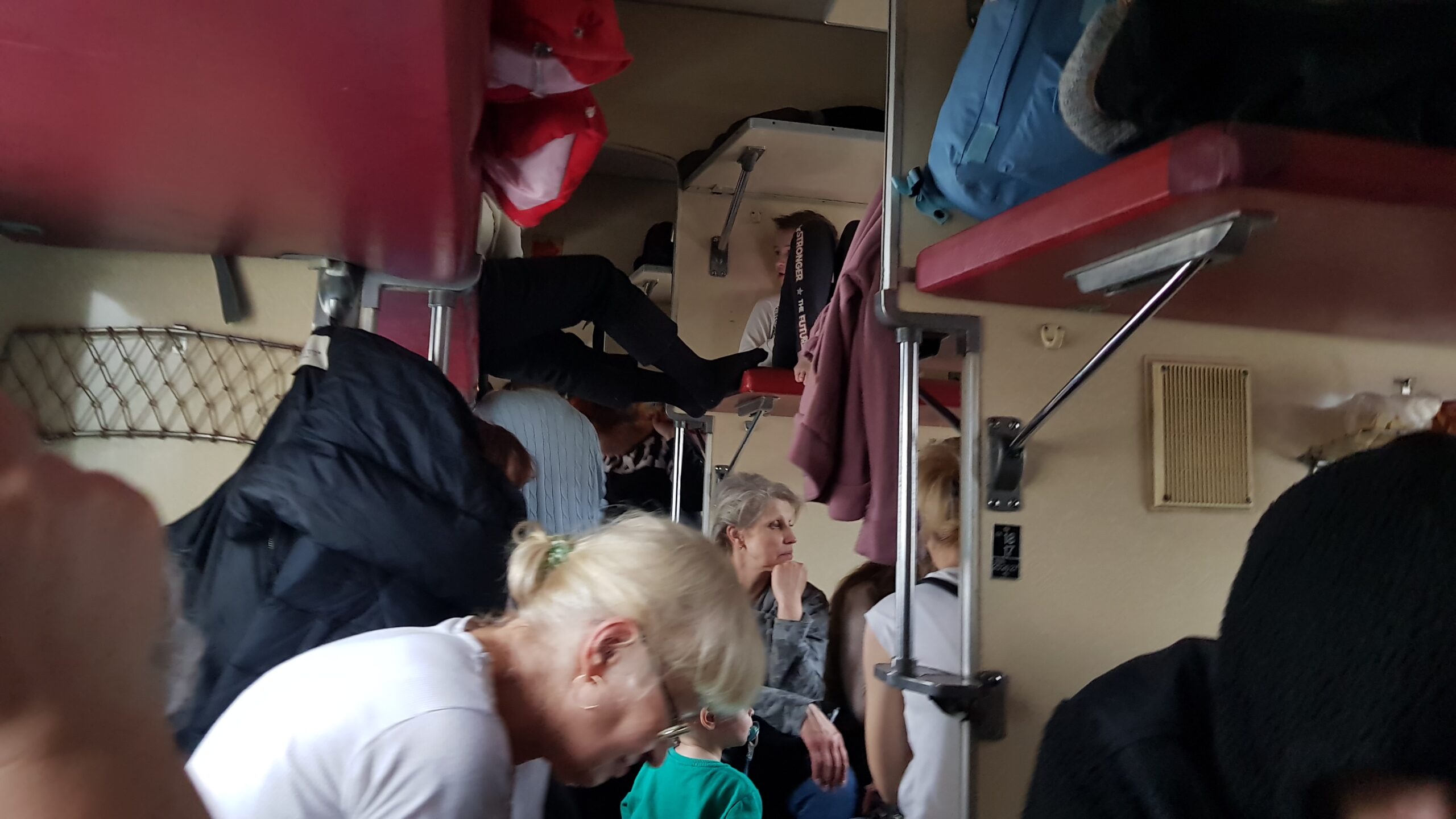 Museum of Women’s and Gender History is first and only one of the museum about gender in Ukraine, on the post Soviet space and in the East Europe. It was created in Kharkiv in 2009. 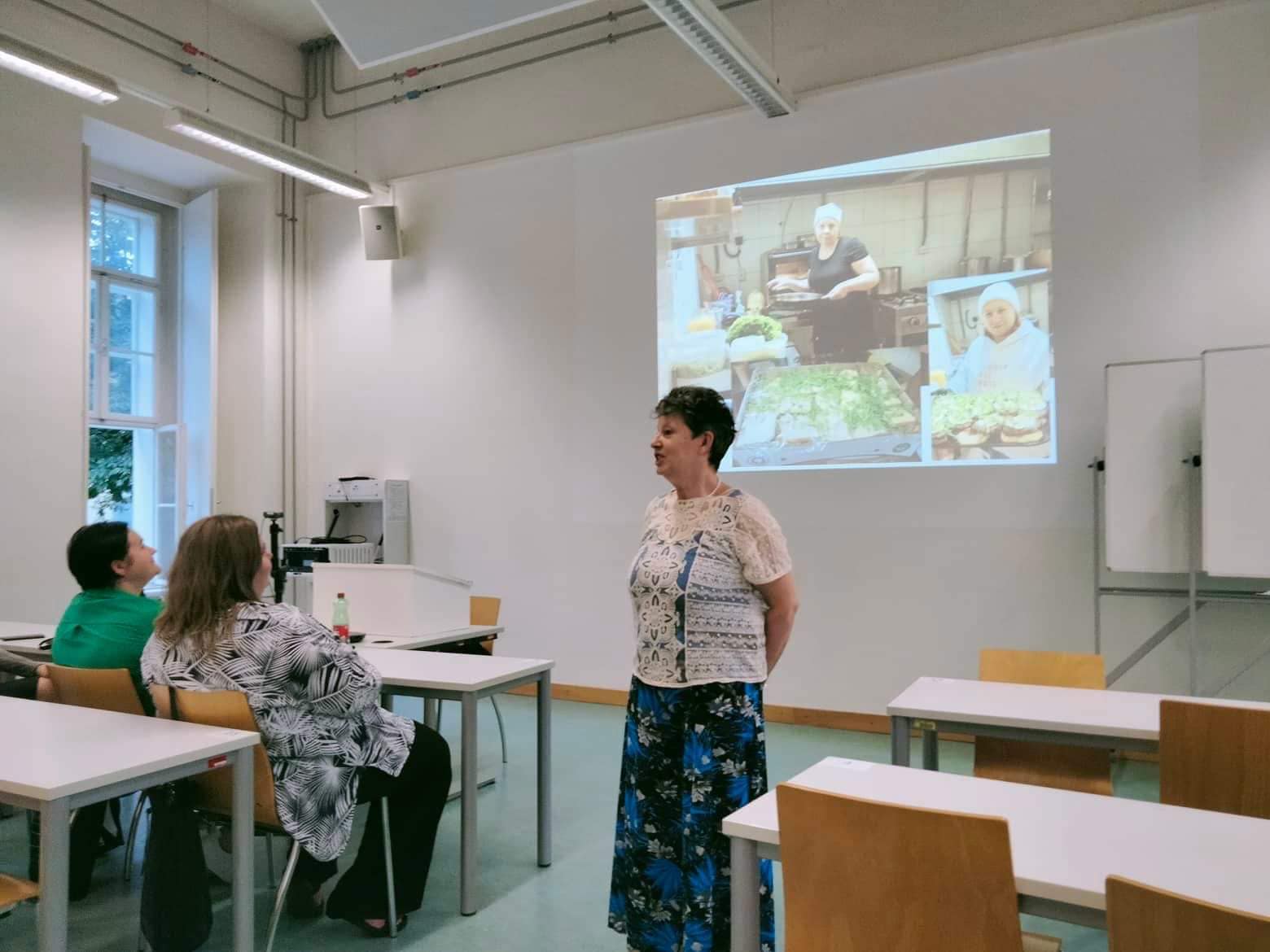 Can you describe what happened when the war broke out? Where were you?

24 February, I had to return from Kyiv to Kharkiv from a conference devoted to Resolution 1325 “Women. Peace. Security”. It was organized by the Ukrainian Women’s Fund. But the 2nd day of the conference was cancelled. Early in the morning, I went to the station and boarded the train. My daughter Mariya called me: “Mom, war! Strong explosions”. Then was announced that the train to Kharkiv would not go. I decided to take a bus to Poltava. Many people were on the bus — much more than it should be on long-distance flights. Many of them had no seats, and therefore they stood. One woman even lost consciousness. We were in way during 7 hours. Then I spent several hours in Poltava. I tried to find the car or another bus. It was impossible. It was miracle but I got at home. Mariya with her daughter Slava spent all day in the metro — they were terrified to get out of the metro into the street. Only at late evening they went to my place, where we met. Usually, the road from Kyiv to Kharkiv takes 5-6 hours. That day my journey lasted 18 hours.

How was your escape?

We — Mariya, Slava and I — have spent seven days in my flat, situated on the first floor of the under revolution house with very thick walls. We have always heard planes flying over and explosions very close to our home. All-time we were in touch with our friends and colleagues. Some of them left Kharkiv. Some of them not. Some of my friends from Lviv, Poltava, Ternopil wrote to us: “You have to leave. It is hazardous!” I received many e-mails from friends who live in different countries these days. They invited me with my family to the USA, Spain, Sweden, Norway etc. Every day bombards became stronger. Mariya and I took turns sleeping. And Mariya started having panic attacks. At 6 a. p. of 3 March we took our documents, computers, something for eating and water and only a few belongings. Our friends took us by car to the station. We set into the train. There were more than many people: 16 people for the coupe for 6. We became refugees. The train from Kharkiv to Lviv took 26 hours. Mariya could not stay and lied on the floor. In Lviv Bogdan Rak — friend of my daughter — met us and two days we stayed in his place. We very thankfully to Bogdan for assistance with bus to Krakiv.

What happened in Poland?

In Krakiv Alina Doboshevskaya — chairwoman of the partner’s “Dobra volya” met us and with Magda Szczech. In place of Magda we spent two days and than we went to Vienna. There Inna Pavlechko-Tumarkin met us and we went to her place — Unterolberndorf — town in Lower Austria not far from Vienna. 5 families lived in house of Inna in that time. It was 15 persons, moms with children. Inna is a fAustrian artist. But some time ago, she studied at Kharkiv Academy of Designer and Art. When the war began, Inna invited artists from Kharkiv and Kyiv. She met them on a broad, helped them to register and created comfortable conditions for every person. She fоund the new places for 78 persons. Inna sold her collection of artworks and helped all these people. We helped Inna sell her artworks, and today I thank everybody who bought her works and supported us. Right now, in Inna’s place, live two families. 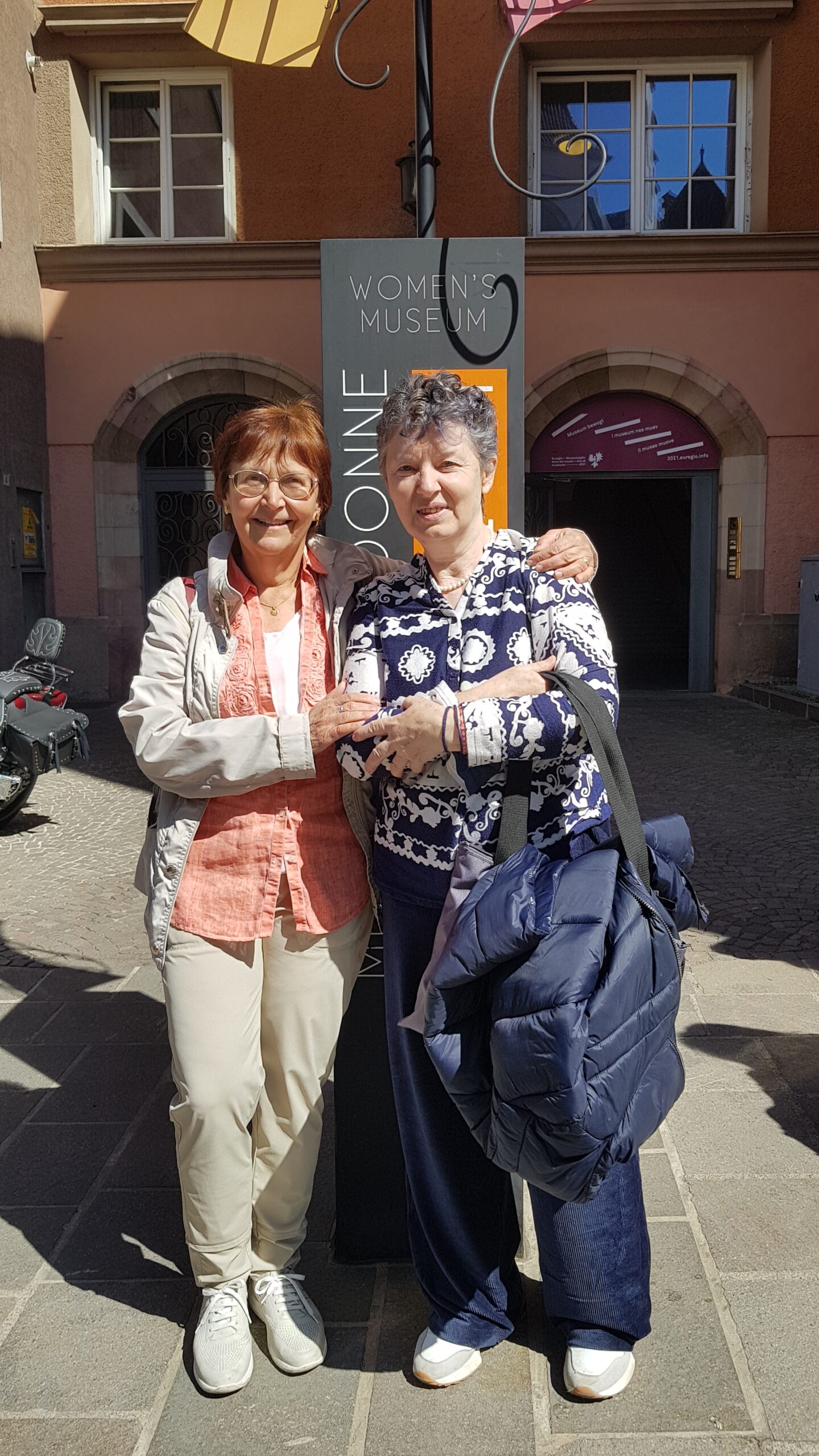 Among people who helped personally were, of course, Inna Pavlichka-Tumarkin and two women in Vienna — Nataliya Yakubova, the theater critic and Irina Kiselewa from the Institute of Slavistics of Vienna University. They support me in all my activities and everyday life with management and translation. Also Monica Sommer and her team, who helped with the exhibition “HerStory of War”. Sissi Prader from Frauenmuseum in Merano, who supported us as reffuses.

What is the state of the Gender Museum now?

Right now, the museum is closed. We had no possibility to replace the collection because Kharkiv was under bombarding from first day of the war. The members of our team left Kharkiv. Three persons in Austria, one in Germany, one in Spain, five in different towns of Ukraine. We meet in zoom and discuss results of our activity and new tasks. Also we try to be in touch with our partners — women’s organizations-members of different networks.

I think museums can create special exhibitions devoted to Ukraine and tell about the history and culture of our country. Our Gender Museum can help organize an exhibition about HerStory, Women’s History of Ukraine. For example, as House of Austrian history in Vienna. On the 22 of August, we will open the exhibition devoted to modern women’s history. We realize the project “HerStory of war’ with the support of the Ukrainian Women’s Fund. We began to create an archive of stories. Currently, there are 100 — 30 audio and 70 written women’s stories about their lives and feelings during the war. On the 15 of July, we will present the new exposition “HerStory of war” online.
20.7.2022